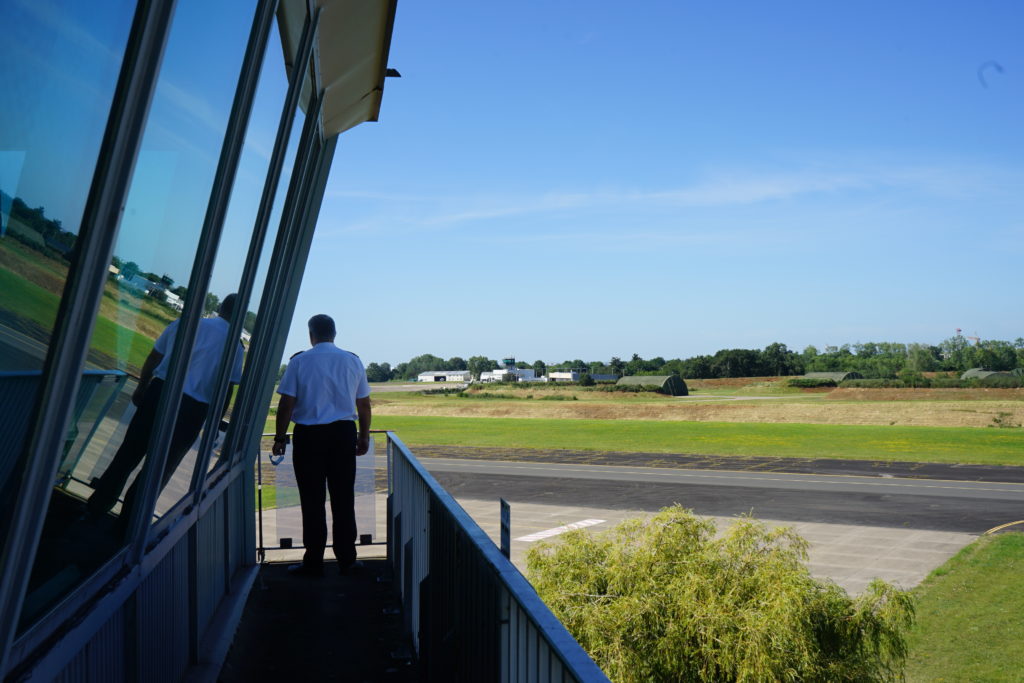 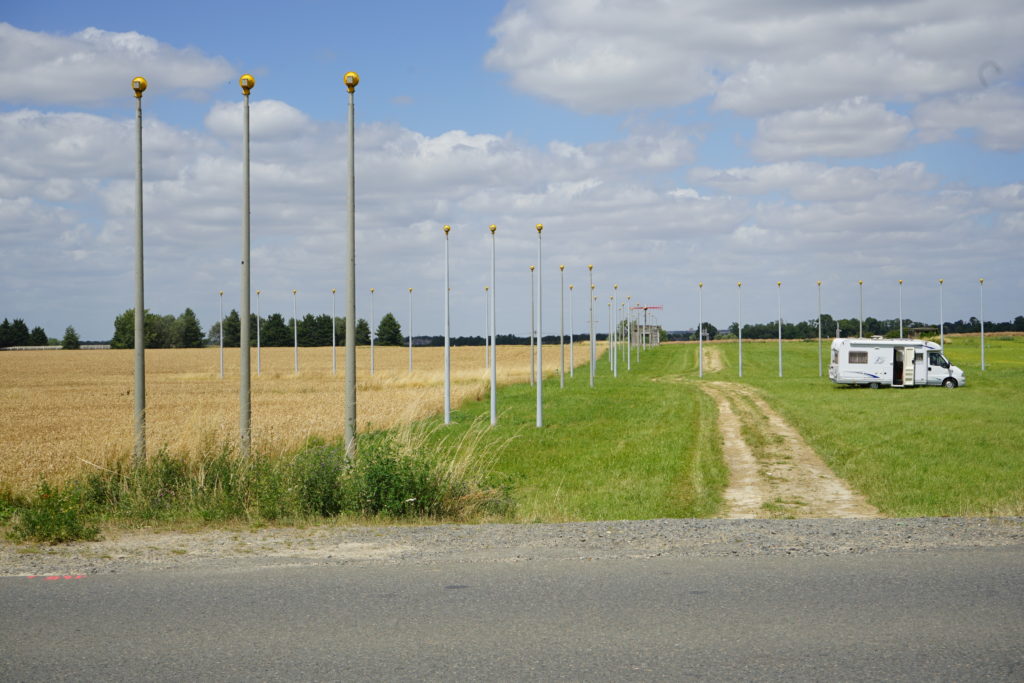 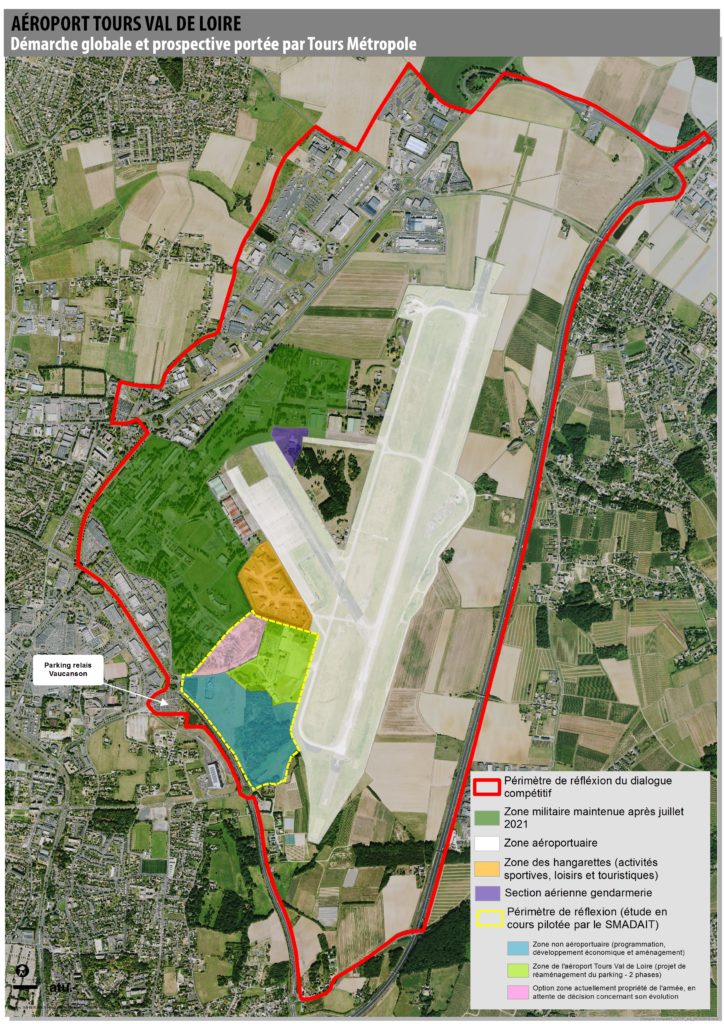 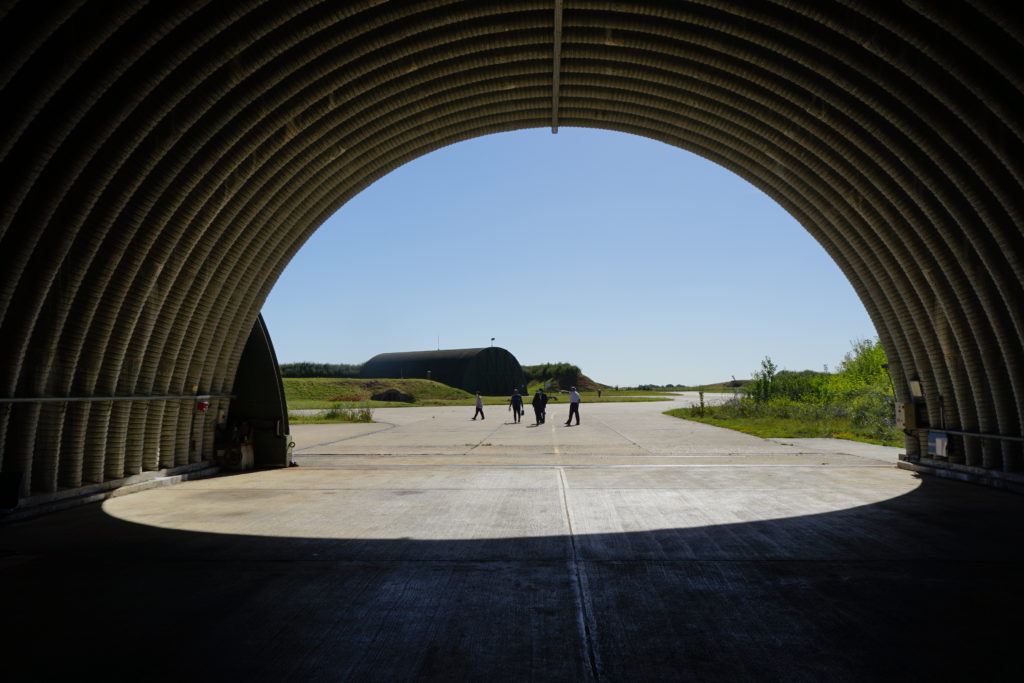 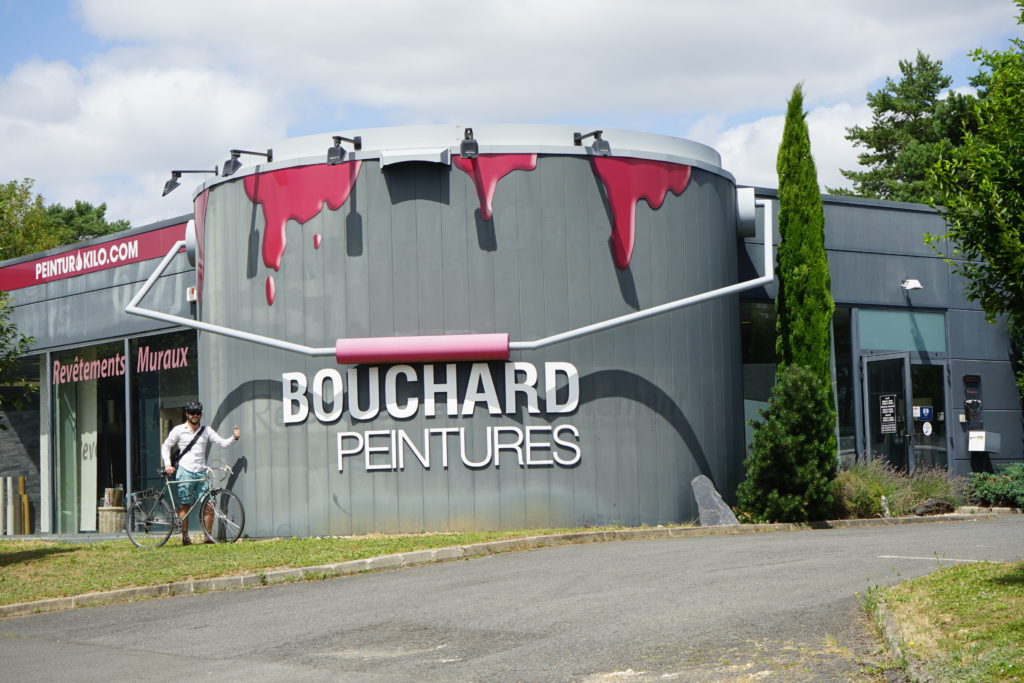 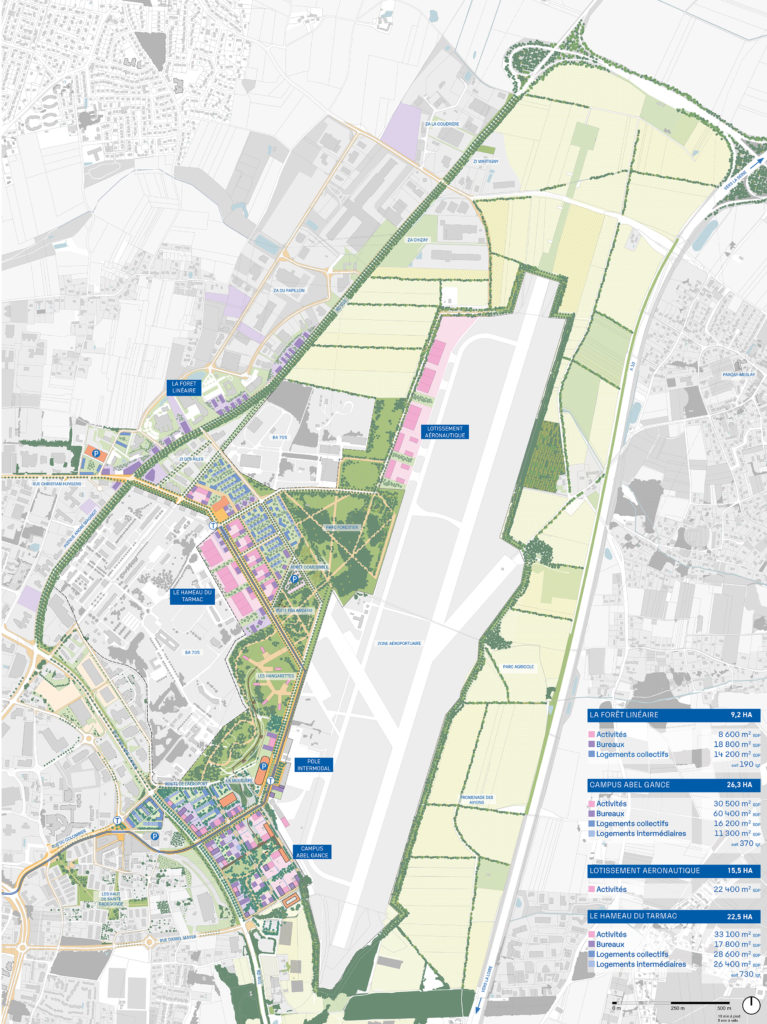 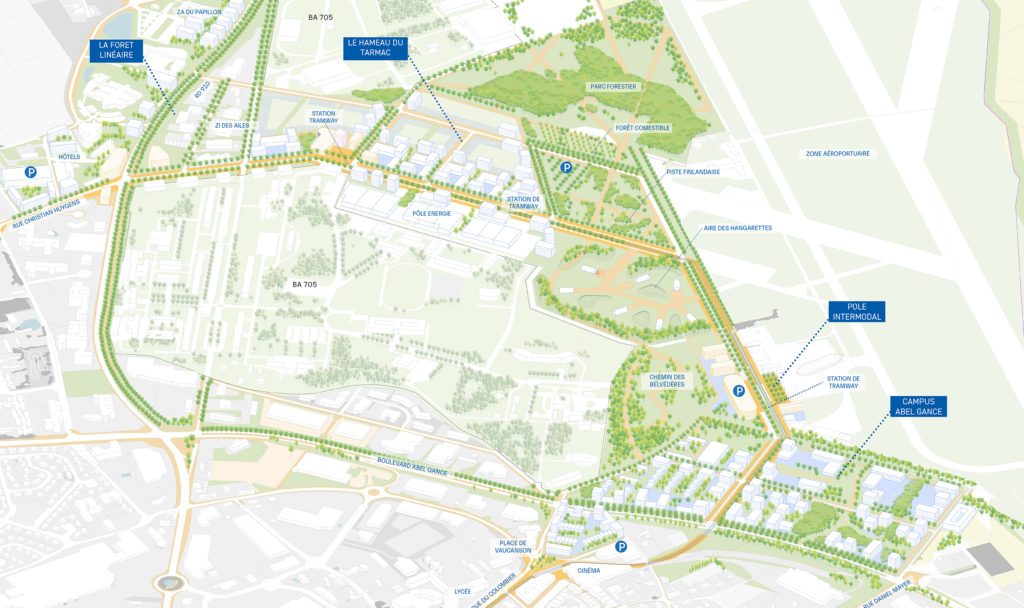 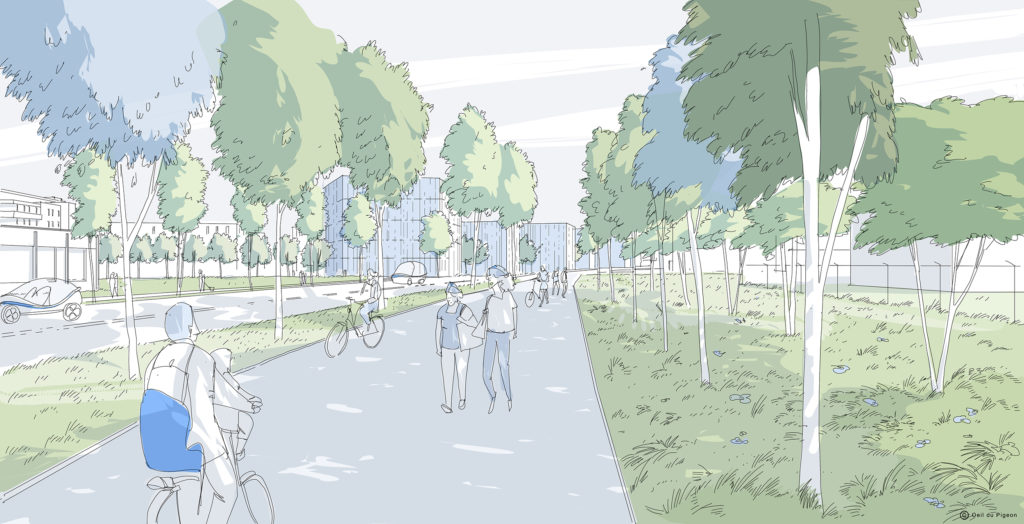 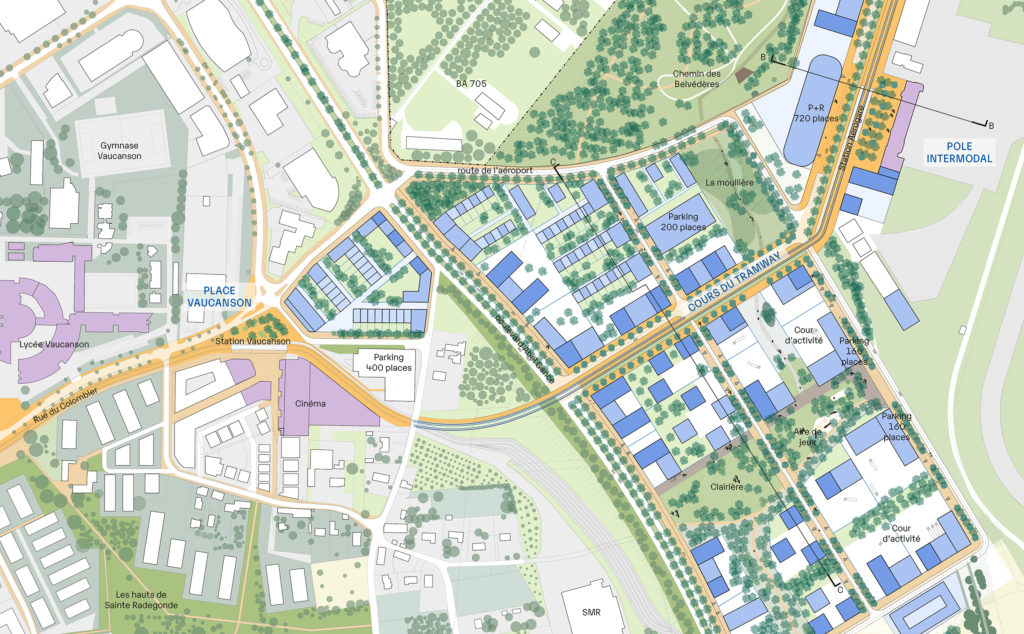 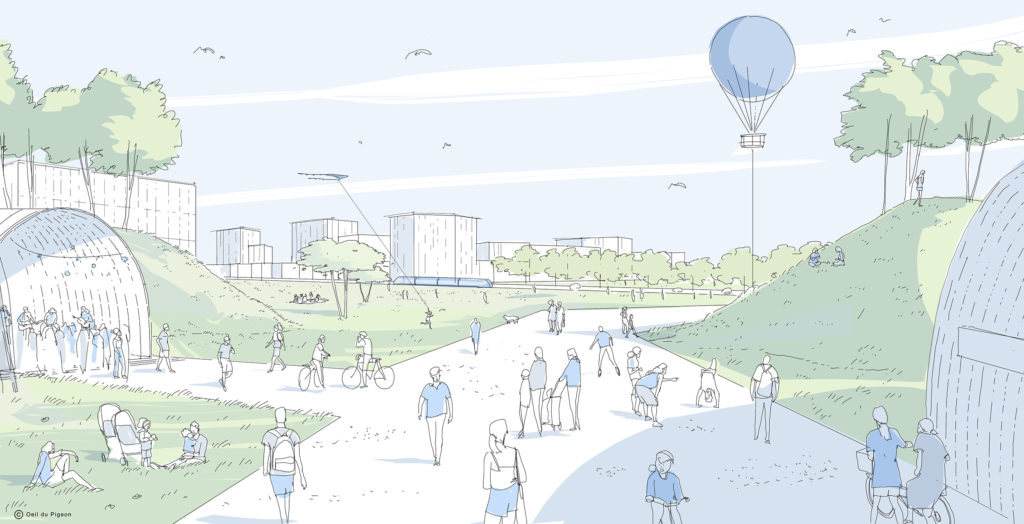 Initially, the State abandons the military airport to turn it into a civilian airport. Then, the local authorities tries to figure out how using this new available property. And finally, the city of «Tours Métropole Val de Loire» looks for 176 ha of lands for the developing economic activities.

Afterwards, appears the current backdrop : the decarbonated city, the uncertainty of planification, the environmental crisis, the French citizen summit for the climate, the national strategy for « zéro artificialisation net »…

These territory’s figures have been shaping this site.
This setting carries the projections and representations of this area and his future transformations.

Moreover, the point is to develop an area that would be able to support productive activities. A place that would allow a contemporary urbanity, where the workedplaces would not be just A neighbourhood that, as far as possible, would offer to these outlying areas, a way to abandon the 30 Glorious Years’s zoning urban planning ; find the mixity that warrants the extension of the tramway and propose a fair model of the idea of transition.

In this way, we conducted a reflection on the challenges of transforming the territory as a new neighbourhood integrated in the metropole, and try to look at the territory in its setting made up of local and global issues.

Our methodology consisted in understanding the dynamics of the construction of the territory in order to reveal their latent potential evolutions in the perspective of a decarbonised metropole. In this way, the overall masterplan proposes the conditions for new hospitality : build spaces that can successfully merge quality of public space, range of uses and singulars figures, and design the territory by the edges. This prospective work is unfolding on 800 ha.

Our proposal want to set the stage for a progressive transition. We consider these 800 Ha as a scarce resource. In that respect, the futur of these lands should be designed according to the slow time of city’s construction.
Our proposal considers the development of this territory according to the view of a reduced air traffic. The project allows the interweaving of two figures :
– a metropolitan park
– the avenue and its public squares
Each of these figures have its own programmations and his typical typologies.

– The metropolitan park commits the preservation and consolidation of agricultural lands. It establishes a landscape system with the wooded periphery of the airport’s runways, the transformation of the departmental road in a greenway to support pedestrian walkway. On the Abel Gance Campus, the structure of wetland is strengthened and allows publics parks.
This large park will gradually provide new qualities for the site. On the disposable lands of the airport, we studied the possibility of setting up a mixt neighbourhood with housing, productives activities, workedplaces on 30 Ha.

– The new avenue and its public squares link the district Vaucanson with the new greenway. This avenue can support the extention of public transport system as the tramway. Furthermore, it links the public facilities with the public space. The forecourt of the airport becomes an intermodal hub, and the military base overlooks the new neighbourhood «Tarmac Village». This new structural public space connects the interior of the military area with the urban services based in the faubourg.

Those structures give a new urban value to the military lands, airport grounds and industrial locations and improve the definition of the edges between city and nature.